Desiderius Erasmus. In Praise of Folly (5011)

The parade on wheels stems from an old pagan spring ritual. The first historical mention dates from 1133 when a curious ship on wheels wandered in the Low countries. The enthusiast inhabitants of Maastricht presented the crew with sails! A certain Bishop Rudolfo was so much horrified that he described it in his chronicles as a Diabolicam Technam, a tool of the devil. To annihilate this scandalous bunch he invoked the assistance  the Duke of Louvain who instead sacked his monastery.

In the archives of many a Dutch city are still kept fifteenth century invoices for the carnival carts, mounted by the brothers of the Blue Barge Guild. The Dutch language still has a surprising number of synonyms for the Ship of Fools, the most famous being the “Blue Barge” or “Booze Boat” or even, on wheels, the “Wheel Cart” or “Cart Ship”. For a long time investigators assumed that the word ‘carnival” was derived from “Carrus Navalis” (The Cart of the Sea), which indicates a close connection between the two. Within carnival Blue Barges still abound!

On the threshold of the Renaissance the Ship of Fools became a didactic instrument of moralists to suppress carnival folk habits. The most famous expressions are the painting(s) of Jheronimus Bosch and the book “Das Narrenschyff ad Narragoniam” (The Shyp of Folys, Sebastian Brant, Basel, 1494), that became the first bestseller in the history of world literature and was acclaimed by its contemporaries as the ‘divina satira’. It got immediately translated in countless pirate editions in several languages.  See frontispiece: 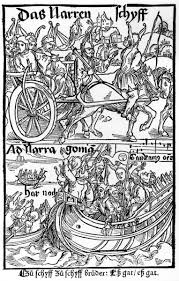 Frontispiece of the very first edition of  “Das Narrenschiff ad Narragoniam” (“The Shyp of Folys”), Sebastian Brant, Basel, 1494),
the first bestseller in the history of world literature, acclaimed by its contemporaries as the ‘divina satira’
and immediately translated in countless pirate editions in several languages.
Woodcut by Albrecht Dürer. The Ship of Fools is depicted as a ship on wheels..

The  Schluraffen Ship
Think not we fools are all alone
For brothers large and small we own
In every country, everywhere
Our ranks are swelled beyond compare

Who’s wise will get to shore with ease
We’ve fools enough apart from these.

Your fellows, come and be on hand
We’re headed for Schluraffen land
And yet we’re stuck in mud and sand
Our travelling will never end.

Historical images of The Ship of Fools (Stultifera Navis) 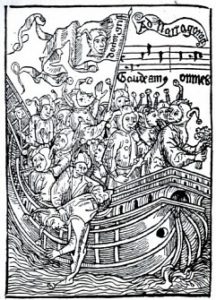 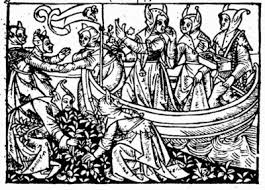 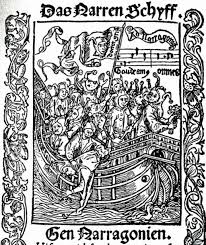 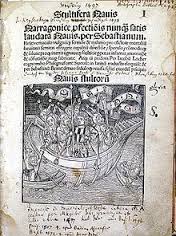 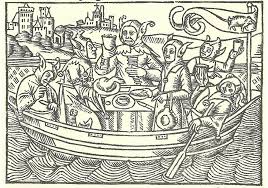 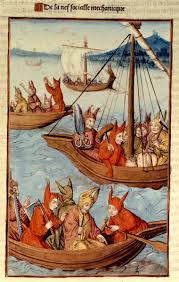 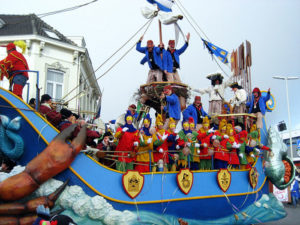 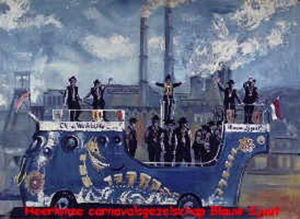 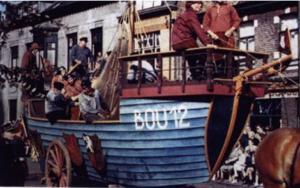