A PHOTO-ARTBOOK
OF THIRTY YEARS AZART 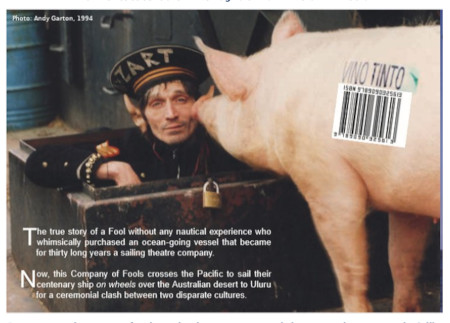 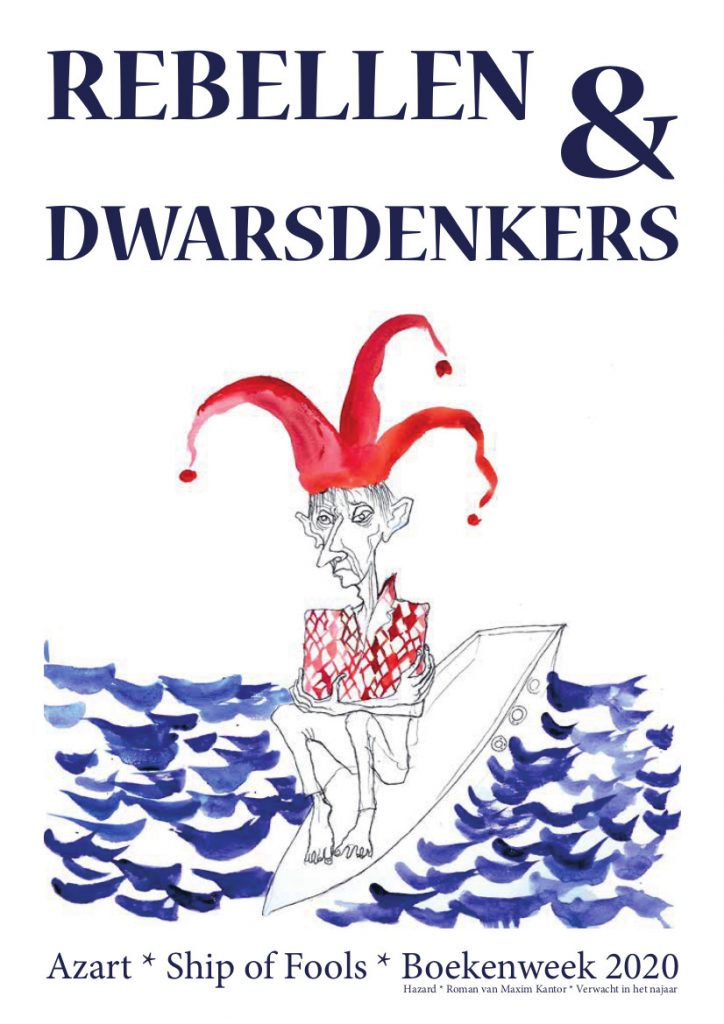 The book is an picaresque novel about how a student of Russian language and literature obtained an old herring vessel and started sailing it thanks to the skippers, machinists, artists and squatters that populated the the old Amsterdam harbour. It tells not only of a multiple of bankruptcies and the many disasters that repeatedly announced the end of the project but as well about the hundreds of performances in dozens of countries. It tells how the Amsterdam city council officially renamed their berth to “Azart Square” that became a big town terminal of a tram line and city ferry. It reveals many of the secrets how an ever-changing group of artists over and over again found a new challenge and destination, virtually without institutional support or sponsorship.

The book is an extremely colorful ode to the millennial history of “The Ship of Fools” and to the word “Hazard”. It is a tribute to the centenary ship and a visual hymn from – and to – the hundreds of artists who made the project possible. It is also a homage to Europe, in which a pagan spring and fertility ritual proved to be the most persistent element of the pre-Christian culture that forcibly was incorporated into a carnival ritual, and that left a big mark on Western thinking: The King is a fool and the Fool the King! The emblem of this counterculture became “The Ship of Fools”, which has always been a ship on wheels as the most foolish cart in the carnival parade.

At the same time, the theater ship Azart is a contemporary East Indiaman that follows the traditional trade routes, this time to heal instead of steal, to play instead of slay. In 2018, this Amsterdam ship – of the same dimensions – came back to the same place in the heart of Paramaribo where for centuries slaves were traded – for an emotional show about slavery that was performed by some fifty local actors and dancers. The book relates how the ship has been invited by Aboriginal tribesmen* to draw attention to their “Uluru Statement of the Heart” and to serve as a platform for a reconciliation ceremony between the “First Peoples” and the white fella’s. This becomes a journey on wheels through the Australian desert to the sacred mountain of Uluru on the occasion of the so-called 250-year celebration of Australia’s “discovery” by Captain Cook. This absurd desert journey is an artistic illustration of how Western civilization in 250 years destroyed a culture that sustainably managed the continent for sixty thousand years and an art project that stresses the need for humanity to jointly set the course.

* Sammy Wilson and Vincent Forrester, current and former president of the Central Land Council that covers an area of 770,000 square km. and that manages the Uluru Kata Tjuta National Park with the Australian government. The Uluru is part of the park. 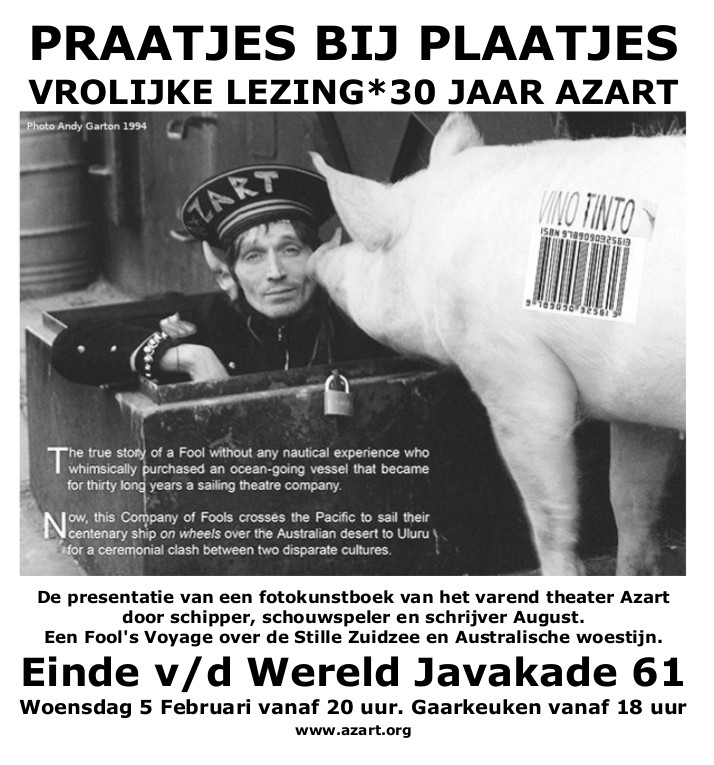 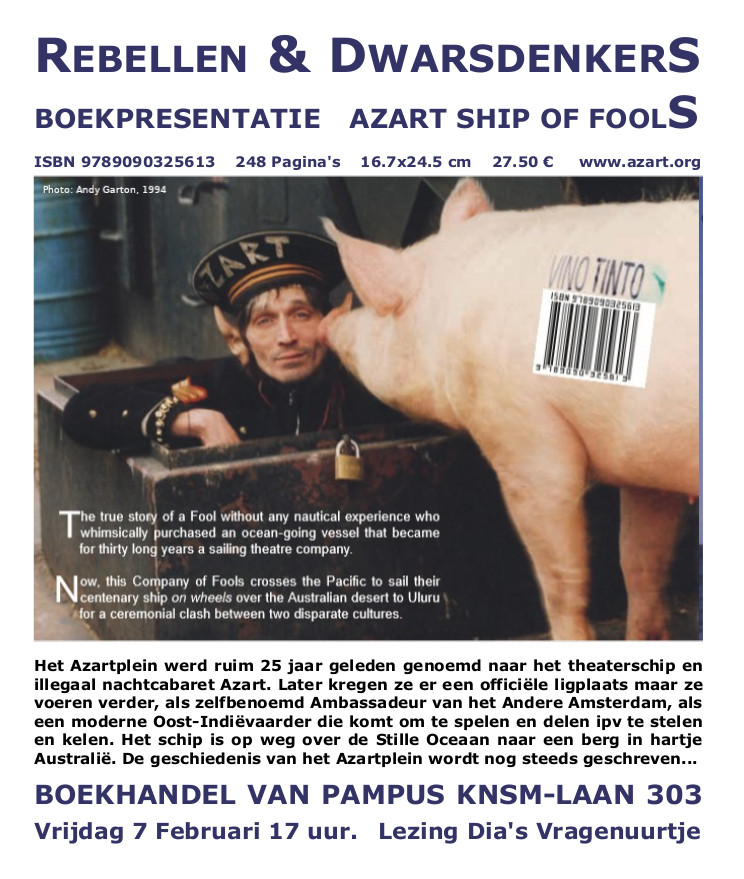 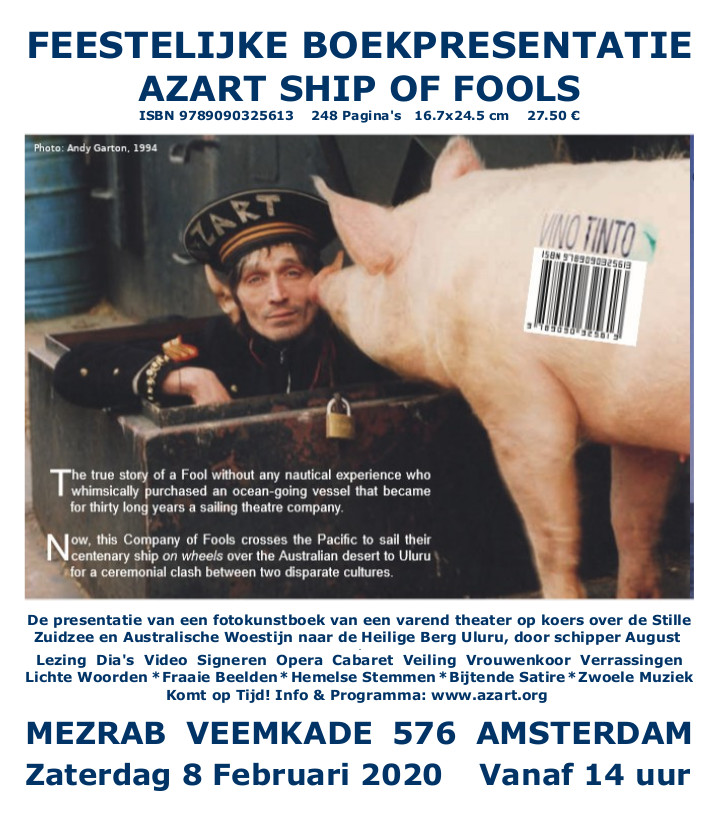 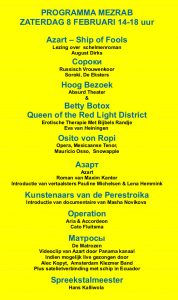 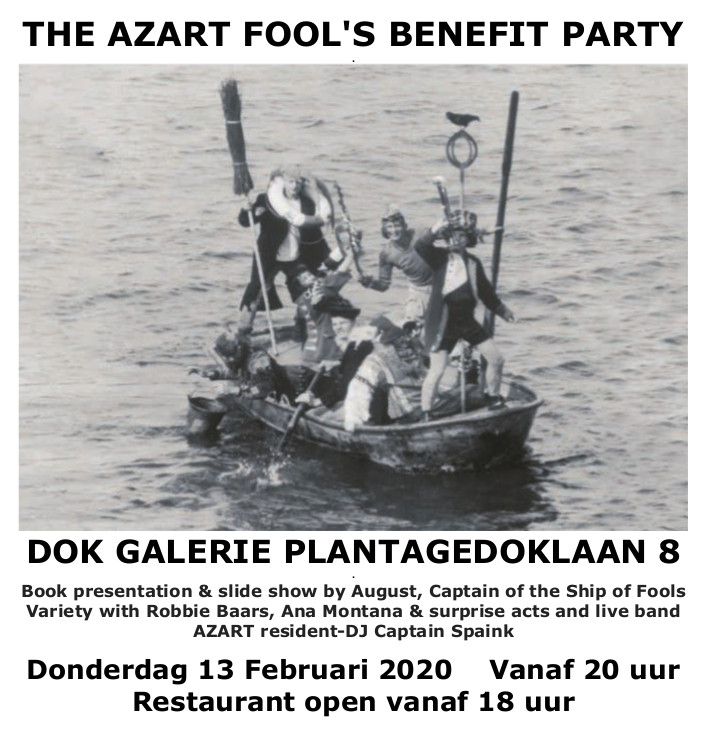 One thought on “A PHOTO-ARTBOOK OF THIRTY YEARS AZART”