HOME PORT AZART SQUARE
In 1989 the ship Azart came to the KNSM/Java-island in the eastern Amsterdam docks, a labyrinth of quay sides and warehouses that were built at the end of the 19-th century to cater for intercontinental trade and traffic. Until the age of air travel the island was Amsterdam’s gateway to the world. When Azart arrived she joined the host of cultural activities that were performed by the artists, nomads and skippers who had taken over the island and quay sides. Honouring these activities Amsterdam City Council, renaming many streets and squares, gave in 1994 the name Azartplein (Azart Square) to the homeport of the ship, the central square on the island. Slowly the eastern docks transformed into a fashionable and modern architectonic neighbourhood. When in 2004 Tram 10 connected Azart Square with the City centre this neighbourhood was completed except for Azart Square. The ship & crew are an ongoing artistic process. When present, the bulky contours of the ship mark a spontaneous and bizarre sculpture in a model quarter where everything is planned until the very smallest details. When sailing the rumours, reports, stories, TV- and newspaper fragments sail back, reminding the island of her maritime origins. Azart Square is a living monument that always contains the promise of the returning of the ship. Azart, following the ancient Amsterdam merchant trails, honours the maritime traditions to which the city owns her cosmopolitan reputation. 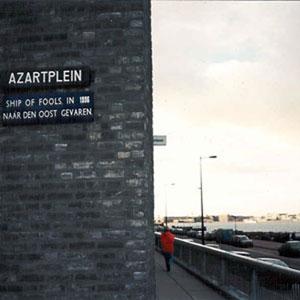 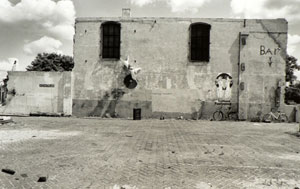 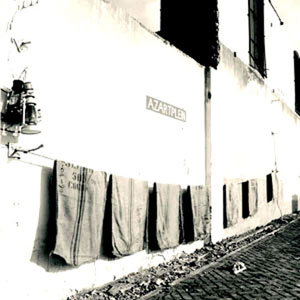 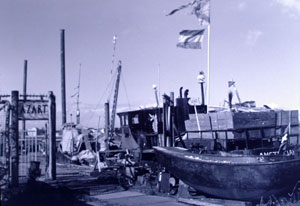 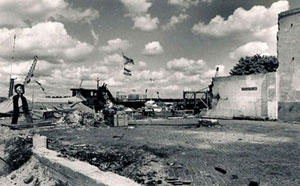 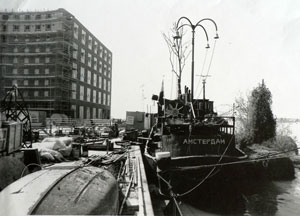 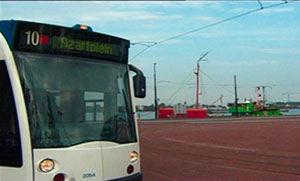 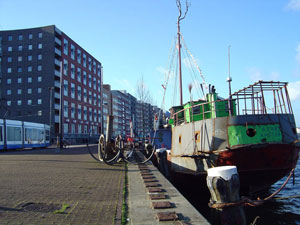